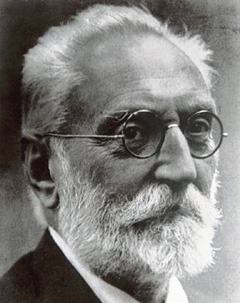 About a month ago, David Johnson published an essay on 3 Quarks Daily taking on a group of atheists everyone talks about – Hitchens, Dawkins, and Harris. He labeled them “undergraduate atheists”, following Mark Johnston, who also has taken them on. (I haven’t seen Johnston’s work, so I don’t know why he invents that name, but I’m guessing he means to downgrade their mental sophistication. For this I am sorry, students; many of you I know to be more sophisticated intellectually than Hitchens & Co. Johnston & Johnson are the poorer for not having met you, and for having developed a poorly-considered label.)

Johnson argues that these unsophisticated atheists assume a thesis, that humanity is better off without religion, that is not obviously true. He recounts a short story by Miguel Unamuno about a priest in a small town who manages to convert the story’s main character, Lazaro, to his point of view. But this priest is not himself exactly a theist:

What [the priest] believes in, rather, is administering to the needs of the villagers, in putting on such a convincing performance of dedication to Christ that they all believe he is a saint and have their faith in the Church and in life everlasting sustained. Lazaro’s “conversion,” then, is one consistent with atheism. He becomes a lay-minister of sorts under San Manuel and eventually dies a Catholic.

Unamuno’s philosophical beliefs about faith, and how they relate to this issue, are explained a little further in this follow-up essay in 3QD by Stefany Anne Golberg and Morgan Meis. They quote the great Spanish philosopher: “Life is doubt, and faith without doubt is nothing but death.”

Anyway, these are a couple of brief blog posts to reflect upon. Enjoy!

(Explanation: some years ago we went bowling, divided into teams, and used the results to answer timeless philosophical questions. The results are as follows.) • Is the world eternal? YES
• Do humans have contra-causal free will (i.e., can humans do otherwise)? NO
• Is beauty in the eye of the beholder? YES
• Do humans have souls? YES
• Are there natural rights? YES
• Is it morally permissible to eat meat? NO
• Is the unexamined life worth living? NO
• Is truth subjectivity? YES
• Is virtue necessary for happiness? YES
• Can a computer have a mind? YES
• Can humans know reality as it is in itself? YES
• Is hell other people? YES
• Can art be created accidentally? NO
• Can we change the past? NO
• Are numbers real? NO
• Is it always better to know the truth? YES